In a successful career spanning 30 years, Andy Scott has made regular appearances on the international stage, both as a soloist and with his various creative projects, including the prizewinning Apollo Saxophone Quartet. Andy and his ensembles have released a number of critically acclaimed CDs and have featured regularly on radio and television.
​
As a performer, Andy has made a huge contribution to raising the profile of the tenor saxophone as a contemporary classical instrument over the last 20 years. He formed the World Tenor Saxophone Consortium, released a solo CD My Mountain Top, featuring a number of world premiere recordings, directed a tenor saxophone strand in the World Saxophone Congress 2012 and initiated and performed with the Tenor Saxophone Collective, featured in the World Saxophone Congress 2015.

“Andy Scott was the soloist here, demonstrating apparently effortless control” – The Independent: Review of Concerto for Stan Getz with the BBC Concert Orchestra and conductor John Wilson at the South Bank Centre 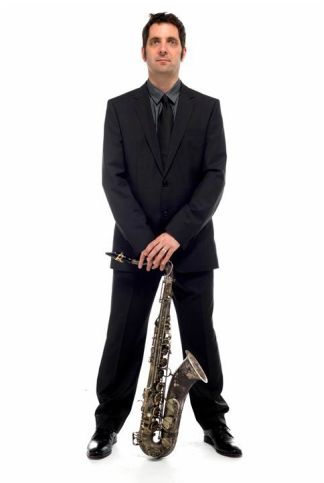 Saxophonist Andy Scott is respected as a creative contemporary musician with a proactive approach to initiating projects, ensembles and collaborations. As a performer, Andy has made regular appearances on the international stage, both as a soloist and with his various ensembles. In a successful career spanning a quarter of a century, Andy and his ensembles have released a number of highly acclaimed CDs and have been featured on BBC Radio and TV.

Andy is the Tenor Saxophonist and a founder member of the internationally acclaimed and multi prizewinning Apollo Saxophone Quartet, touring internationally, recording for Decca/Argo, Black Box, BMG and Quartz, and broadcasting regularly for BBC Radio. The ensemble has made a highly significant contribution to the contemporary saxophone quartet repertoire by commissioning and premiering over 100 works from established composers. Formed at the Royal Northern College of Music in 1985, the quartet recently released its latest CD of commissioned works, Perspectives.

Andy also performs in his own large ensemble Group S, which has recorded two CDs, with guests Bob Mintzer and Gwilym Simcock, and been featured on BBC Radio 3 Jazz Notes, and released its first studio recorded CD in 2017. Andy and percussionist Dave Hassell have worked as an experimental Duo since 1996, performing internationally, including an appearance in New York City as part of the 33rd IAJE Conference, and releasing two albums. He plays with Apitos, the latin/jazz ensemble of Dave Hassell. Andy is involved in many collaborative projects with other artists, most recently Caliente, a new trio with flautist Clare Southworth and harpist Lauren Scott.

As a performer, Andy has been proactive in raising the profile of the tenor saxophone as a contemporary classical instrument over the last 20 years. He formed the World Tenor Saxophone Consortium in 2003, co-commissioning a work from Graham Fitkin for simultaneous premiere worldwide, and released a solo CD My Mountain Top, featuring a number of world premiere recordings. As a solo artist Andy performed the Richard Rodney Bennett Concerto for Stan Getz with the BBC Concert Orchestra at the Queen Elizabeth Hall, broadcast live by Radio 3.

Earlier in his performing career Andy undertook regular freelance work with the Halle Orchestra, Psappha, BBC Scottish Symphony Orchestra & many other professional orchestras, and nowadays he occasionally undertakes orchestral dates, privileged to work in recent years with the BBC Philharmonic Orchestra with Clean Bandit, Royal Liverpool Philharmonic Orchestra with the Wayne Shorter Quartet, and in 2016 with Manchester Camerata's Hacienda Classical project (with sold out performances at The Bridgewater Hall, Manchester, and Royal Albert Hall, London) and the City of Birmingham Symphony Orchestra (performing Bernstein & Prokofiev at Symphony Hall, Birmingham).

Photos: Andy rehearsing Concerto for Stan Getz by Richard Rodney Bennett, with the BBC Concert Orchestra conducted by John Wilson, at the Queen Elizabeth Hall, London (below left), and on stage with Bob Mintzer at Hong Kong Jazz Festival 2015 (below right).
Andy Scott is an endorsee of Selmer Paris Saxophones. Andy is extremely grateful for the continued support of Selmer Paris for his creative projects for over 20 years, and is privileged to play on the new saxophones of such a historical and respected company. He plays Selmer Series III tenor and soprano saxophones, Reference alto saxophone and a Selmer Mark VI tenor saxophone. Andy has played Selmer Saxophones for over thirty years. 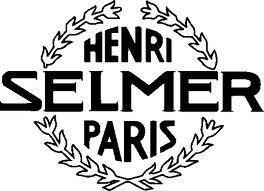 Andy Scott is an endorsee of Vandoren, and has been playing on Vandoren reeds and products for over thirty years.​​ 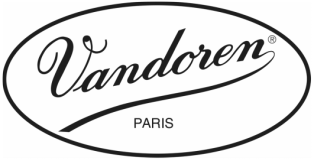 As a creative musician who is constantly searching for new ideas, inspiration, and collaborating with like-minded musicians to bring these ideas to life, Andy Scott has instigated and features in a wide range of ensembles from duo and trio to twelve piece line-ups, playing a similarly wide range of music that encompasses jazz, contemporary and world music. Andy formed his large contemporary jazz ensemble Group S (previously known as SaxAssault) and is co-founder of the Apollo Saxophone Quartet, and the Dave Hassell – Andy Scott Duo.

Andy’s compositions help to shape the sound world & create an individual identity of ensembles such as SaxAssault, and having built long term musical relationships with many ensemble musicians, he is able to write for specific musicians, creating a sense of true collaboration and musical personality.

Please click on the links to see the individual ensemble pages for further information about each of these groups and also previous projects including Apollo Saxophone Orchestra, Caliente, and London Saxophonic.