Andy Scott
Andy Scott has a lifelong passion for music and over 30 years experience of initiating creative projects. He is a highly versatile contemporary musician, with a distinctive saxophonic and compositional voice that encompasses elements of jazz, world and contemporary classical styles.

Photo: Alex Armstrong-Holding
​Andy Scott is multi-nominated and winner of a prestigious BASCA British Composer Award, works to commission, and is increasingly in demand to write for leading instrumentalists and ensembles on the world stage. He teaches on the composition and saxophone departments at the Royal Northern College of Music, is a popular course leader and gives classes and workshops worldwide. As well as being a band leader with his own groups and projects, Andy is regularly invited to guest lead and direct large groups and creative projects.

As a creative contemporary musician, Andy is proactive in initiating collaborative projects that centre around performance and composition, often combining the two. Andy both performs in and writes for Group-S (formerly known as SaxAssault), Apollo Saxophone Quartet and the Dave Hassell–Andy Scott Duo.

As versatile an educator as he is a performer and composer, Andy’s wide ranging musical skills and experience enable him to teach across classical, jazz and contemporary styles. He is a skilled educator, whether tutoring the musicians of the future, leading jazz workshops based on his own compositions or working with young people on a summer school.

“Andy Scott is a consumate musician. He knows about a wide variety of music, can write and play in these styles with great expertise, and is a dynamic teacher in these areas as well. I've had the pleasure of working with Andy at the RNCM numerous times, and he always displays a great enthusiasm and focus in what he does. We need more teachers and players, and, most importantly, instigators to keep the music fresh and moving forward." Bob Mintzer

"Andy Scott is a hugely talented composer using his artistry to communicate fresh ideas through a traditional sound.”  Bramwell Tovey

Andy’s composition based projects include works for flute as recorded on the album The Bad Tempered Flute, multiple works and albums for brass band during his 11 years as Composer in Residence with Foden’s Brass Band, works for wind band as recorded by Maidstone Wind Orchestra. Latest creative projects include collaborations with John Helliwell, Manchester Jazz Festival, Tim McAllister, João Pedro Silva and The Walker Art Gallery in Liverpool.​ 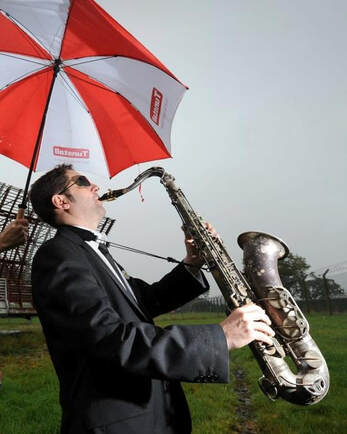